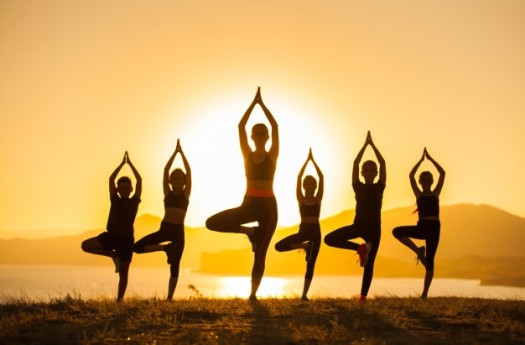 India has seen so many Seers, Sages, Spiritual leaders, Scientists before. They are all contributed several knowledge to the world. It might be a zero, the Decimal system, Binary numbers, A theory of atom, Plastic surgery, Ayurveda and so on. Likewise another important contribution of India to the world is”Yoga”. Yoga is nothing but India, India is nothing but Yoga. India’ s culture, tradition ,health,spirituality and art has mainly influenced “Yoga”.

Yoga is a practice was existed in ancient period of India. So many witness has proved that, this practice was existed. Among that,” Rigveda” is one of the oldest Hindu script, it mentioned the word “Yoga” during those days. History says during “Indus valley civilization” the practice of yoga was came to known.

Lets understand what is yoga?. According to Bhagavat Gita,”yoga is said to be equanimity,its a skill in action, separation from contact with suffering.

Why we should do Yoga?

Yoga is not only a action but also its a way to learn our Mind,Soul and our Spirituality. It leads us to happy and healthy. When a person is started yoga means he has to concentrate his mind and body through Meditation. As a result of that one can be strengthened physically and mentally. Daily practise of yogasanas has multi benefits such as the Nervous system of human body purified. where as our mind and body keeps calm and peaceful. No doubt indian yoga represents indian culture and heritage. The main aim and goal of yoga is betterment of body and soul.

Scientifically Is It proved?

Yes, many scientific research says and explains how yoga and praanayam prevents so many diseases and help to recover. Many doctors said yoga improves the flexibility in muscles and connective tissue,muscle strength also increases from so many Aasanas, it prevents cartilage and joint breaks down. It nourishes our spinal card,regulates adrenal glands, lowers blood sugar. Totally from doing yoga one can be very happier and healthier.

Everybody can do yoga,its a greatest contribution to the whole world. Pleasure to say their are so many yoga centers has existed in different parts of the world in order to shedding the significance of yoga. Because, present world is suffering from horror. Viral diseases are spreading, and other factors causes unhappiness. But yoga given solutions to all these problems. That s why westerns recognized its benefits and importance and adopting yoga as their daily routine. So, let us all find out the outstanding uses of this ancient India’ s science.