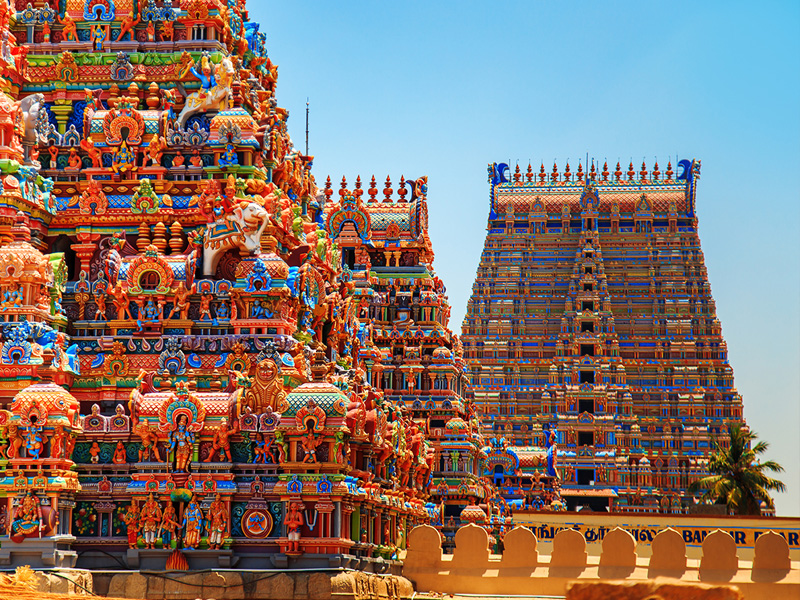 India is a land of great cultural heritage. Here are some of the oldest temples. The dynasties of our time have not only ruled but also built temples and shrines and have an enhanced cultural richness. Many temples stand on scientific foundations. We just have to figure it out. Temples are deeply rooted in Indian culture.

THE GREATNESS OF RANGANATHASWAMI TEMPLE.

Srirangam temple is known as one of the world’s largest functioning temple. Lord Vishnu and shrines of goddess Lakshmi and Saraswathi worshipped here. It is said that Angkor wat temple in Columbia is the largest temple in the world but it has no functioning, it remained just as a great monument today. Srirangam temple is influenced by Dravidian architecture. The temple complex is massive in scale and it spread over 156 acres of land. . The origin of this temple in the 1st century during the”sang period”. Several royal dynasties who captivated by and adorned temples. The amazing thing is that the temple has the finest hall of 1000 pillars, made of granite. The hall is celebrated for the 40 leaping animals carved on to the piers at its northern end. Surprisingly there are 21 towers and 39 pavilions in Sri Ranganathaswamy temple. At a height of 236 feet, the main gopura of the temple is called ‘Rajagopura’ is the second tallest tower in the Asian continent. The temple complex has been nominated as a UNESCO World Heritage Site and is on UNESCO’s tentative list.

The legend says that Lord Ranganathaswamy is worshipped by Lord Rama a long time later he handed it over to King Vibhishana after Lord Rama’s victory over Ravana. Indian temples not only a place worshipping God, but also temples are involved in India’s rich heritage, history, and customs. Temples architecture revealed the truth of time in those day’s science and amazing technology. During 13 th century Malik kafar, general of Alauddin Khilji, and his army invaded and stole the ‘idol .’The idol of the deity was stolen and taken to Delhi. In a daring exploit, devotees of Srirangam ventured to Delhi and enthralled the emperor with their histrionics. Moved by their talent, the emperor was pleased and returned the statue of the deity of Srirangam. During the second invasion in 1323 AD, the deity was taken away before the invading troops reached Srirangam. Very interestingly after years, later daughter of Malik kafar had fallen in love with one of the ‘deities’, later she comes to Srirangam, she bent her head to go in front of the sanctum. Legend also has that the Sultan’s daughter had fallen in love with the Utsavamoorthy and traveled all the way to Srirangam since she wanted to be close to her beloved. She was known in Srirangam as Surathani. There is a shrine with the painting of Surathani in the temple as standing testimony to this tradition. Even today a painting of ‘Surathani’ in her shrine.

Another surprise is that the body of Sri Ramanujacharya, one of the preachers of Vaishnava philosophers has been preserved for more than 1000 years. Our ancestors preserved the body many centuries ago without the use of chemicals and advanced medical knowledge. Difficult to believe that our ancestors were preserved body without chemicals. Of course, sandalwood paste and saffron are used to maintain the body twice a year, a coat of camphor mixed with saffron, which produces an orange tint on the preserved body. Surprisingly we can identify nails on the finger, Sri’s body is placed in the southwest corner as ordered by Lord Ranganatha himself. People have seen Egyptian mummies kept in sleeping position, dropped in cloth, after applying layers of chemicals. Here Sri Ramanujacharya’s body is kept in a normal sitting position open to all.

Indian Art, Culture, History, Architecture is a symbol of the Indians. Likewise, many inspiring scientific stories have been involved and related to our Indian temples, art, culture, and history. We have a culture of worshiping idols in temples and finding God. Temples are centers of contacting God and receiving divine knowledge. So let us go to such glorious places and increase our divine knowledge.